Or rather, a genealogical tree; this is a drawing on paper or computer of the members of the family being studied, and their kinship relationships using a standard symbology. A genealogical tree should be composed of at least three generations.

This is the technique for taking amniotic fluid, which is usually performed between the 16th and the 18th week of amenorrhea, which carries a methodological abortion risk of 1: 250 (one abortion every 250 amniocenteses). Genetic tests are performed on the cells extracted from amniotic fluid.

The first polar globule results from expulsion from the mature oocyte (or secondary oocyte) of half (23 chromosomes) of its chromosomal complement. When a mature oocyte is fertilised, the second polar globule is expelled. Analysing the first polar globule can be useful for a pre-conceptional genetic diagnosis, because its genetic make-up is speculative compared with that of the oocyte and, therefore,it can infer the presence of a gene mutation or a chromosomal anomaly. Obviously, polar globule analysis can only be used to know the genetic make-up of the oocyte before fertilization and, therefore, tells us nothing about the genetic component of the male partner.

Alterations in the number or structure of chromosomes

The healthcare facility has the task of preserving biological materials that could later become the object of diagnostics or genetic or medical research.

This is a laboratory examination which allows chromosomes to be visualised, using a photographic image that is cut and ordered in pairs, based on their banding and size characteristics using a standardised classification.

This is a karyotype in which chromosomal abnormalities are present, which may involve the number or structure of the chromosomes. An abnormal karyotype can be balanced or unbalanced. It is defined as balanced if there is no loss or acquisition of genetic material, and unbalanced where there is an acquisition or loss.

This corresponds to a karyotype whose result is not reliable, since it does not allow us to be certain of its normality and leaves doubts about possible anomalies. You should never give a report for a doubtful karyotype, but you should always indicate the further investigations needed to dismiss the remaining doubts.

An individual's normal chromosomal (or chromosomal constitution) arrangement. A normal karyotype, with no chromosome alterations in number and/or structure, is described by the formula 46, XX in female subjects and 46, XY in male subjects.

It is these stem cells that can give rise to a clone of differentiated cells.

These are pluripotent stem cells that can give rise to all the possible cell lines in the human body.

Pre-conceptional genetic counselling involves a meeting with a geneticist, during which the consulting couple are informed about their pre-conceptional genetic risk, explains the meaning of the basic risk, provides information about their family tree to highlight hereditary conditions, teaches them about the measures for reducing genetic risk in pre-conceptional times, is informed about the foetal diagnostics during the pregnancy and about the risks of invasive techniques. Pre-conception counselling should be performed shortly before or immediately after marriage, or when sexual behaviour is open to procreation, and undoubtedly when one has decided to have a child. It must obviously be repeated for every pregnancy, whatever the outcome of previous ones.

Structure containing the genes, located in the cell nucleus. The normal human somatic cell contains 46 chromosomes (23 pairs). These are derived from compaction of the DNA molecule, which becomes necessary (and therefore visible under a microscope) when the cells divide.

This is the diagnosis of a genetic disease, generally provided using genetic tests.

Investigations during a pregnancy to verify or exclude the presence of foetal abnormalities. This may involve the use of invasive techniques like villocentesis and amniocentesis, which present a minimal risk of a healthy foetus being aborted, or non-invasive techniques like ultrasound. Following the removal of chorionic villi, amniotic fluid or other foetal components, genetic tests can be performed that allow genetic diseases to be diagnosed before the birth.

A term that nowadays should be replaced by a morphological anomaly consisting of the partial or, rarely, total modification of the body's normal morphology (= study of shape or form).

Deoxyribonucleic Acid (DNA) is the molecule that carries genetic information within cells and passes it from one generation to another.

This is the opposite situation to the false positive and is highlighted when, for example, despite a negative screening test, the couple proceeds to perform a karyotype on amniotic fluid and there is a trisomy 21. The lower the number of false negatives for a test, the greater its sensitivity.

This is an examination, usually screening for a subsequent genetic test, which, although positive and consequently having led the couple to perform the genetic test for confirmation, is accompanied by a normal result for the aforementioned genetic test. The smaller the number of false positives in a test, the greater its specificity.

This is the branch of genetics and pharmacology which studies the characteristics of a person's individual genes in relation to the individual's response to drugs.

The branch of genomics or pharmacology which studies an individual's genomic characteristics in relation to their response to drugs.

This is the complex of an individual's characteristics that can be observed with medical instruments, which is a partial consequence of the expression of a single gene, or of that individual's genotype.

This is the physical and functional unit of inheritance which is passed from one parent to a son/daughter. Genes are pieces of DNA and most genes contain information that gives rise to a specific protein. The human genome contains about 25,000 genes. For every gene, 2 copies are available, one derived maternally, and one paternally.

The genome is the complex of genetic information found in every cell of all living organisms. In the human species, the genome consists of 23 pairs of chromosomes which are located in the cell nucleus, and in a small chromosome found in the cell's mitochondria. The entire human genome is made up of approximately 3.1 billion DNA bases.

This can be translated with the biological characteristics that make up the genome of every person unique and different from other people's.

This is a laboratory method that allows a specific laboratory diagnosis which, can, in particular, be a genetic diagnosis.

This is a disease that manifests itself even when only one of the two alleles for a given locus is mutated (heterozygous state). For this reason, in the case of complete penetrance, it does not involve possible carriers, but only those who are afflicted or healthy.

This disease requires the simultaneous presence of a mutation in both alleles of the relevant locus to manifest itself. In other words, it occurs only in homozygotes or compound heterozygotes, whose parents are generally heterozygous.

A generic term, often used improperly, which may result in the genome sequencing of an individual person.

These are the fluids or other components of the body (Blood, Urine, Saliva, Skin, Hair, Mucosa, Cephalorachidian Liquor, etc.) which can be used for genetic diagnostics

The modification of a DNA sequence from the norm.

This is a form of medicine that thanks to genomic sequencing and pharmacogenomics tools, is based on knowing an individual's susceptibility to certain diseases and/or characteristic individual responses to drugs. This knowledge complex can make it possible to adapt the environment and medical therapy, based on the individual's genome characteristics.

This is a definition that has been made for people who, despite being carriers of a mutation in one of the two alleles of an autosomal recessive gene locus, show no sign of disease.

This quantifies the possibility that a given event will take place. For example, a couple of healthy autosomal recessive gene carrying parents has a 25% chance of giving birth to an affected child in each pregnancy.

This is the representation, based on psychometric tests, of an individual's cognitive abilities. It is quantified by a number which corresponds, depending on age, to the Development Quotient (QS) or the Intelligence Quotient (IQ).

This is a quantification based on a couple's genealogical trees, individual clinical histories and clinical and laboratory characteristics, of the probability that the procreative event will have an abnormal outcome. In genetic counselling, the basic risk is defined as a 3% probability that the outcome corresponds to a congenital defect or to a serious impairment of psychomotor development. This basic risk is the minimum risk of any couple who enter into a pregnancy.

A complex of clinical signs that manifest themselves together in a recognisable way, and which recognise a common cause.

This is a clinical item, which can be a sign, a symptom, a laboratory result, the outcome of diagnostic imaging, or the sum of the aforementioned items, which suggest the suspicion of a specific genetic diagnosis.

Experimental therapy for a genetic disease by substitution, supplementing or manipulating the expression of abnormal genes with normally functioning genes

This commonly implies the analysis of specific genes, their product or their function, as well as any other type of DNA, RNA or chromosome investigation, which is aimed at identifying or excluding mutations associated with genetic diseases.

This is a screening test based on particular ultrasound characteristics of subcutaneous fluid accumulations in the foetal nuchal site, which is associated with an increased risk of foetal chromosomal abnormalities, such as trisomy 21, which is responsible for Down's syndrome.

This is a technique for sampling chorionic villi, which correspond to a part of the placenta containing foetal cells. It is usually performed around the 10th week of amenorrhea and is a method with an associated abortion risk of 1: 100 (one abortion per 100 chorionic villus samplings). Genetic tests can be performed on the samples of biological materials taken. 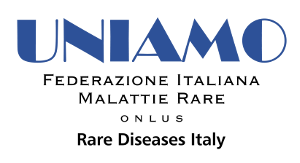 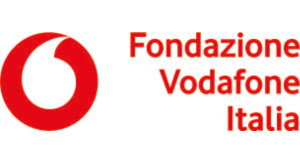